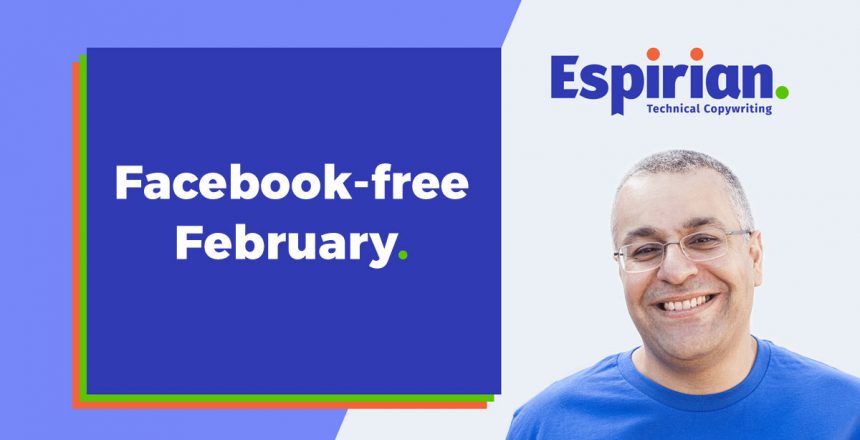 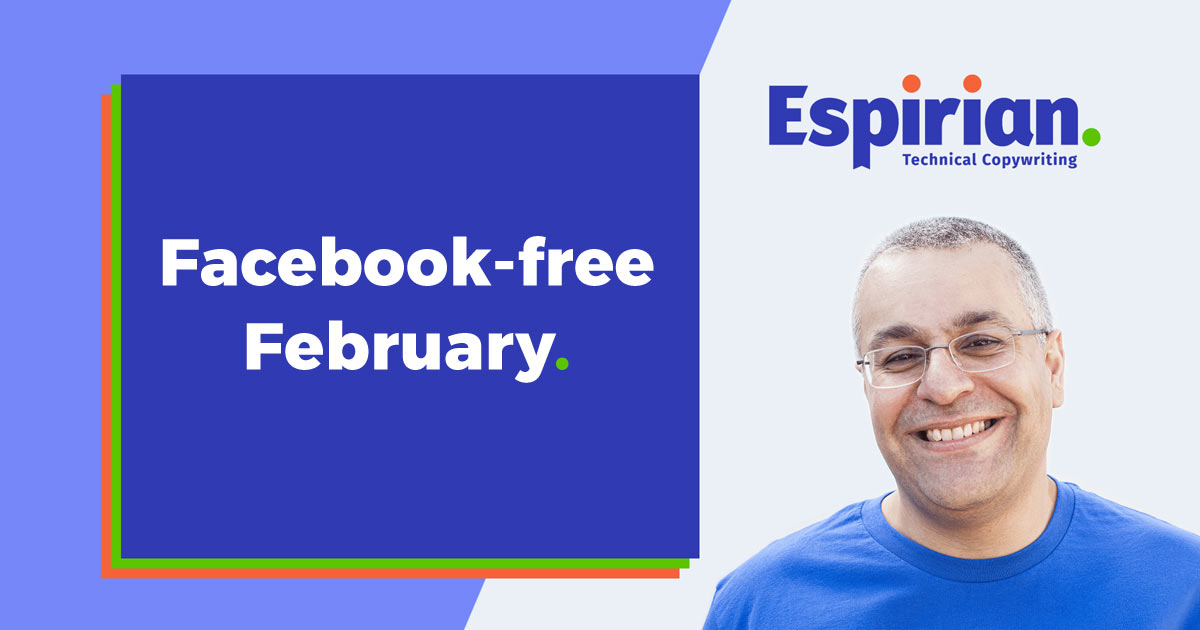 How much value do you get out of social media? I was asking myself this question after reading Deep Work by Cal Newport.

Here’s the author’s main point: distractions will keep you from going deep and getting any valuable work done.

Newport puts social media under the microscope, because of the amount of time he says people waste on it. Yes, it provides some entertainment value, he says. But it can also suck you in and stop you from getting other stuff done. Social media is a procrastinator’s dream – or their nightmare, depending on which way you look at it.

The book contains some rules to help the reader focus on ‘deep’ (valuable/meaningful) work. I was stopped in my tracks when I got to rule number 3:

Reached a challenging bit, though: pic.twitter.com/70TiYl4xqB

One of the author’s suggestions in this chapter is for the reader to give up using one of their social networks for a month. This would be done without telling anyone before or during the period of cold turkey.

After a month, the new social hermit would assess the impact of the experiment:

If there aren’t any significant negatives after a month of social abstinence, Newport’s advice is firm: permanently quit that network.

My experiment with quitting social media

My most active social networks are Twitter and LinkedIn. I knew that quitting either of those would be really tough. But I didn’t feel the same about Facebook.

Yes, I’ve got a lot of friends there, and, yes, I’ve got a business page. But I don’t think I’ve ever got any work directly from Facebook, and so I thought it would be safe enough for me to live without for a month.

So, I signed off on the evening of 31 January 2017, deciding that I would have a Facebook Free February. The next time I’d log on would be 1 March 2017. What would I find when I returned? Would I miss it? And would anyone miss me?

Wouldn’t you know it? I didn’t miss Facebook much at all. The first thing I did was to remove the Facebook app from my phone and deleted the Facebook shortcut in my Chrome bookmarks bar. Out of sight, out of mind. It worked.

I kept myself busy with my usual writing work and content marketing efforts, and I stuck to using my primary social networks: Twitter and LinkedIn.

The only negative was that being off Facebook meant that I couldn’t participate in a couple of useful writing and marketing groups (one of which I pay to have access to!). Even so, that wasn’t enough to result in withdrawal symptoms or any other angst about being disconnected.

When I logged back in on 1 March 2017, I had 94 notifications waiting for me, plus 4 friend requests. They took all of five minutes to sort through, and – surprise, surprise – there wasn’t anything of desperate importance there.

Did anyone miss me?

Not really. I had a couple of comments from people who thought I’d ‘gone quiet on social media’. That’s interesting because I hadn’t done anything to reduce my stream of updates on Twitter or LinkedIn, but the people making those comments were predominantly users of Facebook, so they equated silence there with silence everywhere. (Thanks to those who did get in touch to ask whether I was OK – always nice to know that people care!)

This ‘silence’ issue might be a problem if a significant proportion of my customers were likely to find me via Facebook, but that’s not the case for my business. I’ve no evidence that any customer has ever done business with me as a result of them engaging with some content I’ve shared on Facebook. That in itself isn’t a reason to stop using Facebook, though: perhaps a Facebook-generated client deal is just around the next corner and I simply haven’t been at it long enough to see a result.

As my mentor Mark Schaefer says, ‘one of the biggest problems content creators have is that they quit too soon.’ The case studies in his book KNOWN suggest that most content creators need to produce output for an average of 2.5 years before they see any result – and I’ve been sharing my updates on Facebook for less time than that.

Most content creators need to produce output for an average of 2.5 years before they see any result.

Probably not. Here’s why:

How I’m going to use Facebook from now on

I don’t need the distraction of Facebook on my phone or tablet, so I’m ditching the mobile app permanently.

I’m not going to keep a shortcut on my browser toolbar either, as that’s an open invitation to snack on social media throughout the day.

Instead, I’m going to be more measured, logging in perhaps only once or twice a day, and focusing only on activity going on in the high-value groups I’ve already identified. If people interact with me on my business page, I’ll of course reply to them. But that’s about it: being a slave to Facebook isn’t going to help me, so I’m not planning to spend any more time there than I need to.

I hope this sort of focus is going to help me drive my business forward.

What do you think about the role social media plays in your business and your life? Is it sucking up too much of your free time?

Would you be brave enough to try ditching one of your social accounts for a whole month?

Would you ever go the whole hog and disconnect such an account forever?

Perhaps you’ve already done that. How did it go? Are you happier?

Let me know by leaving a comment, or catch up with me on Twitter (unless that’s one of the networks you’ve given up!). Either way, I’d love to hear from you.